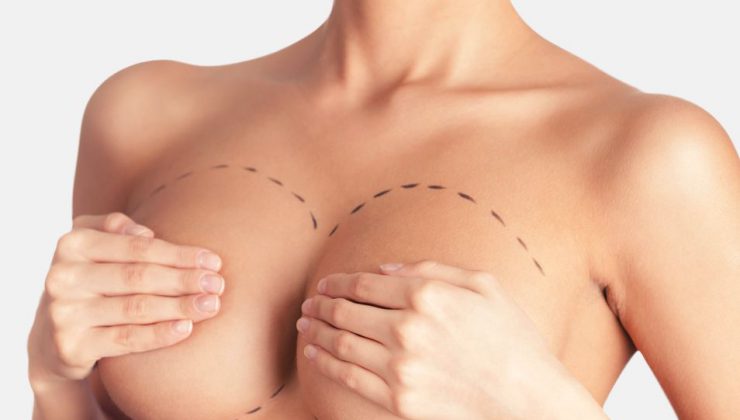 Roy Kim, MD is the area’s leading expert for breast surgery in the San Francisco Bay Area. If you are thinking about enhancing your silhouette or shopping for that perfect bathing suit or low-cut blouse with new-found enthusiasm, breast augmentation with Roy Kim, MD will provide you with the perfect blend of medical expertise and personal rapport. Perhaps gravity took its toll after having children, or maybe your best figure will be revealed after a breast reduction. Whatever your unique needs, Roy Kim, MD promises to deliver outstanding breast surgery services in the Bay area.

Dr. Kim’s experienced and dedicated staff makes quality patient services and medical precision their priority. From answering all your technical medical questions to holding your hand when you’re nervous, our staff makes patients truly feel like part of the Dr. Kim family.

For more information, see our FAQ section or read dozens of articles in Dr. Kim’s blog.

What technical surgical details do you consider for me during my breast augmentation consultation?

There are 7 major things that I consider as a surgeon regarding your breast augmentation:

Type of Implant: silicon versus saline implants
Surface of Implant: smooth versus textured
Shape of Implant: round versus teardrop shape
Placement of implant: above or below the muscle
Type of incision
Size, including the width / diameter of implant
Thickness of implant (low profile, moderate profile, high profile)

In terms of the silicone versus saline implants, there is a difference. Currently, silicone implants are only available through a special FDA investigational study. I am involved in both of these studies, through Mentor and Allergan/ Inamed.

Silicone implants are cohesive gel, and are very good implants in terms of their overall characteristics. However, you do need to be involved with an FDA-approved investigator, and also meet some criteria or medical conditions to get them.

Please click here for more information about silicone implants, or contact my office to see if you are a candidate for silicone breast implants.

In terms of saline implants, any patient can get them without being enrolled in a FDA investigational study. They are essentially empty in the operating room, where I fill them with saline solution and adjust the overall size and volume of the implants. These are the most popular breast implants in the US.

In terms of smooth versus textured surface, I generally prefer smooth surfaced implants. Textured implants are geared towards people who have had repeated problems with capsular contracture or excessive scar tissue formation, and thus require a textured/rough, pebbly surface over the breast implants that allows greater scar tissue ingrowth into that area. Most of my patients who have not had previous breast augmentation surgery would be a better candidate for smooth implants.

One can either opt for the round or anatomic/tear drop shaped implants. I usually prefer round implants for most of my aesthetic or cosmetic breast augmentation patients. I feel that teardrop-shaped implants do not achieve as aesthetic an overall result as round ones in MOST of my patients.

However, I do feel differently if you have very little breast tissue, or you have certain breast shapes. In those cases, I may recommend an anatomic or teardrop-shaped implant.

The next consideration is placement of a breast implant above or below the (pectoralis) muscle. In general, most patients who require a breast implant need a fairly larger implant in proportion to their breast tissue, and I place the implant UNDER the muscle.

This allows the skin, breast tissue, and muscle to mask or hide the hardness and possible wrinkling of the actual implant. That is determined based on your body type, and I cannot make a recommendation until I physically examine you in my office. I generally do not place saline implants above the muscle. There are exceptions, based on your overall breast shape, the amount of breast tissue you have, and other factors. Also, in female bodybuilders or weightlifters, saline implants are usually placed ABOVE the muscle.

I usually recommend placing silicone implants ABOVE the muscle. This is because they feel so soft and natural that they do not need to have their surface masked by the pectoralis muscle. This generally means substantially less pain for my patients, since the pectoralis muscle is not stretched during surgery. Again, there may be exceptions, depending on my examination at the time of your consultation.

In terms of the incision, there are four choices, although I do have my preferences. Saline implants can be placed in:

With regard, to the underarm/axillary incision, I believe this is a good incision as long as you are very diligent with breast implant care after surgery. I create a tunnel from your underarm incision to the base of the breast and insert the implant through this incision. The problem after surgery is that the implant tends to drift into this tunnel toward the underarm incision. As long as you are aware of this, and can devote a fair amount of time towards implant massage to keep the implant closer towards the base of the breast, then I feel that this incision is a good one.

If you are unable or unwilling to spend any time taking care of your implant after surgery, then I would recommend a nipple/areolar incision or breast fold/inframammary fold incision. I would advise a nipple/areolar incision if you already have a normal, slightly enlarged nipple areolar complex, especially after childbirth. I do need at least 1 to 2 inch of diameter around the nipple to place a saline or silicone implant. I can diagram this for you in the office, but essentially, if you have a smaller than average nipple areolar complex diameter, it would be difficult for me to put in the silicone implant. A saline would certainly be possible, but again in some women, especially in young women who have not had any children, this may be hard to do.

An inframammary/breast fold incision is a very good incision, as well. This is the most common incision used by me, as well as by most plastic surgeons. Despite how little or how much breast tissue you have before surgery, it is very difficult to see the surgical incision once the implants have been placed. The belly button or umbilicus incision is only a possibility if you have no previous abdominal surgery. Since it does not give me as good control of the pocket, it takes me longer to do this actual procedure. I do charge a premium if you want to have breast implants through a belly button incision.

In terms of healing, the nipple areolar incision has the disadvantage of taking a little longer to heal. Specifically, the numbness that you may feel in your nipple areolar area should fade over time, but it may take several months. It may take up to 6 to 12 months to fully resolve.

The ability to lactate or produce milk should be possible with any of the above incisions long-term after surgery. Silicone implants can only be placed through a nipple/areolar incision, an inframammary incision, or an axillary incision.

To schedule an appointment or to learn more about a breast augmentation, please contact us today. Or, click to read more about breast enhancement in San Francisco.

For more general information regarding breast implants be sure to visit BreastImplantsUSA.com where you will see our practice featured in the San Francisco and other Bay Area listings.

Can You Start Exercising 1 Week after Breast Augmentation?

Get all the latest news, exclusive deals, and official updates.