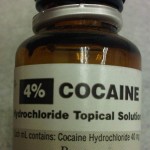 The nose is a wonderful organ.  It allows us to smell, to breathe, and to make cute “bunny wrinkles” when we’re squinting or making a face.  However, it can be a tad too big, too wide, too narrow, have a bump on it, and detract from the overall qualities of an otherwise awesome visage.  So, what can be done?

A nose job, or rhinoplasty in medical terms, is a very broad surgical term for a procedure that can do many things to your nose.  However, doing pretty much any procedure or surgical maneuver on your nose entails, well, surgery.  The nose has awesome blood flow, as you know if you’ve ever had a nose bleed.  To a surgeon, it’s an area of the body with really robust (read, too much) potential bleeding during surgery.  What’s the solution?  COCAINE.

You read correctly.  Cocaine is grown and processed in the US, and is sold to plastic surgeons and other medical types for use mainly in nose job surgery.  Cocaine is literally the only drug that slows down bleeding AND reduces pain. Common medications that cause vasoconstriction have no effect on pain reduction or numbing.  Medications that cause numbness often work to INCREASE blood flow, which is a big no-no inside the nose, given that the nose will tend to bleed a lot anyway.

Cocaine is used to both numb and slow down the bleeding of the nasal mucosal tissues of the nose –  the inside of your nose, in other words.  After leaving the cocaine in there for a certain period of time, the nasal mucosa will bleed less during your procedure, especially if I have to make any internal incisions in your nostril area.  Also, when you wake up, your nose will have less swelling and be less painful.

Don’t worry, you won’t feel high after surgery.  Well, you may feel high, but it won’t be from the cocaine.  It’s only concentrated to 4%.  And just in case you’re thinking about trying to sneak any free cocaine out of the operating room, not only is it tightly controlled and too weak to be worth the effort, everybody will know you got your hands on medical cocaine.  Because of its color, you’ll have bright green liquid dripping from your nose

There are other alternatives to cocaine, but they don’t work quite as well or last quite as long.  So, until an alternative is invented, I’ll continue to use cocaine in my operating room.