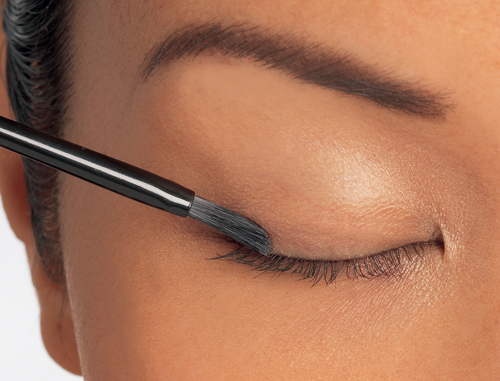 A Brief History of Latisse

Most men just don’t get it.  But all women know – long, dark and thick eyelashes are a coveted accessory. Even 6,000 years ago, ancient Egyptians were grinding minerals with soil to make kohl, which they applied to their eyelashes.  While this was most likely used as protection from the sun or to ward off evil curses – the look was decidedly chic.   And women in every corner of the globe have been pursuing the illusion of bigger eyes through darker and longer lashes ever since.

A lash darkener called mascara was introduced around 1840 by a Londoner named Eugen Rimmel (yes, that one), and in 1910 a concoction called Maybelline was introduced by T.L. Williams.  It was a mixture of coal dust and Vaseline.  He named it after the main ingredient and his sister, Maybel.

Shortly thereafter, Hollywood began applying false lashes to its leading ladies that were made of everything from human hair to fringe.  Tube and wand form mascara, as we know it today, was introduced by in 1957.  And then … not much changed in the world of lashes – until recently.

In the 1990s, a prescription eye drop called Lumigan was being used to treat patients with glaucoma.  In the third round of trials for FDA approval, clinical researchers at manufacturer Allergan noticed that an anecdotal side effect to Lumigan was that patients were growing prolific eyelashes.  Not that anybody was complaining.  Allergan, no stranger to cosmetic product potential (and profit) as the makers of Botox and Juvederm, began to see the possibilities.  Lumigan was reborn as Latisse and approved by the FDA in 2008 as the first and only prescription drug to help grow longer, thicker and darker eyelashes. Yup, it’s true-  and all of the other pretenders out there can’t make those claims, at least not yet.

How does Latisse work?

Latisse is known by the generic name of Bimatoprost and works by keeping eyelashes in their anagen, or growth phase, longer.  The result is that more lashes grow in, take much longer to fall out, and become darker in color through an increase in melanin.  Instead of dropping the medication directly into their eyes like Lumigan users do, Latisse patients use a small brush to apply it to the top eyelid where the skin meets the eyelashes. This is done nightly before bed after all makeup is removed.  (Hint: Squeeze just two drops into the Latisse bottle cap and dip the brush in once for each eye.  You won’t accidentally lose any product and the brush will be more “wet.”  Plus, your Latisse bottle will last nearly two months, instead of one.)

Don’t become discouraged if you don’t see much change after a month or more of use.  Most people report an eyelash bonanza at or around 8 weeks.  Full results are seen in 16 weeks.  You may choose to go on “maintenance” applications of 1-3 times per week once you reach your desired length.  If you quit using Latisse, your eyelashes will gradually go back to their natural, skimpy selves.

Are there any side effects?

Side effects are minor and include occasional eye itchiness, some redness in and around the eye and a slight darkening of the eyelid.  All are reversible once Latisse is no longer used.  Many patients are concerned about a permanent darkening of the iris, but this has never been reported by any Latisse user.  The FDA required the warning when a very small number of Lumigan glaucoma patients reported iris darkening.  It is highly unlikely with Latisse because it is applied to the skin and not to the eye itself.

Latisse is the first product proven to actually grow real lashes from the inside out. There have been several eyelash “enhancing” products  in the marketplace, but so far, none have gotten past the FDA.  An older medication called Jan Marini Age Intervention Eyelash actually worked, since it had Bimatoprost in it, but the company never got formal FDA approval to sell and advertise their product.

So for now, Latisse it is! Like all prescription medications in the US, you need to see a doctor about Latisse, go over the benefits and side effects, and decide for yourself if the medicine is right for you. The Power of Plastic Surgery in Papua New Guinea