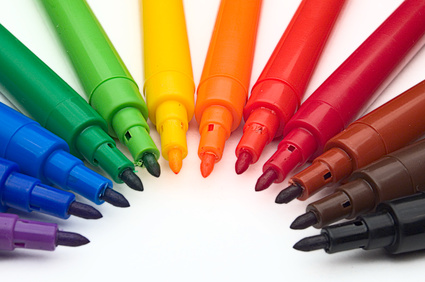 That “right ‘ol crazy” mom from England is at it again.  Sarah Burge, 51, has been dubbed the “Human Barbie” after undergoing dozens of cosmetic surgeries to look more like the plastic toy.  (IMHO, she looks a bit manish.  Anywho…)

But Burge made big news in 2010 when she signed her six-year-old daughter up for pole dancing lessons and then later gave her a $6,000 gift certificate as a birthday gift for breast augmentation surgery, to be redeemed after young Poppy Burge turns 16 (the legal age for implants in the U.K.).

Mom says that her daughter is interested in looking beautiful and that liposuction is “one of those procedures that will always come in handy.”

Sarah Burge says that she sees the gift certificates as an investment in her daughter’s future, similar to saving for her education.  No word on if she is indeed saving for college.  Let’s just hope that Poppy trades them all in for her first year’s rent at Cambridge.  But, folks, it ain’t looking good so far.

Takes a Lickin’, Keeps on Writin’

A 76-year-old woman recently complained to her doctor of weight loss and diarrhea.  After a quick scan of her belly, her doctor found was looked like a straight, foreign object and questioned her about what it could be.

Ohhhh yeeeeaaaaaah!  She forgot that she had accidentally swallowed a felt-tip pen 25 years earlier.  Say what?

The woman told her doctor that she had been using the pen to touch a spot on her tonsils while standing on the stairs and looking in the mirror.  She lost her balance and fell and swallowed the pen in the process.  She was checked out back then, but medical equipment wasn’t so great, and nothing was found.

It turns out that the pen wasn’t even the cause of her current-day health complaints, but doctors decided to remove it anyway.  And whatya know?  It still wrote just fine.  (Who decided to try it out, I wonder?)  The pen was just a little rusty from 25 years of churning in stomach acid.

This story happened almost 10 years ago, but we just heard about it this week.  So it’s news to us, and probably to you, too.

So get this.  A prominent Boston doctor was accused and later charged with malpractice after he left a patient in with an exposed incision during spinal surgery while he ran to the bank to deposit his paycheck.

Yo, doc.  That’s what drive-thru ATMs are for – on your way home.  Plus, being that eager to cash a paycheck is so “undergrad.”  You can read the whole twisted drama here.

I Just Threw Up in My Mouth a Little Bit

A doctor was accused of sexual misconduct in England earlier this year after he told a very pregnant patient during an internal exam that “this will be the most pleasurable experience of your life.”

He was also accused of squeezing a patient’s buttocks during an exam and groping a midwife.  He blames “cultural issues” for the misunderstandings.  He is from Sri Lanka.  Shame on him for dragging the good people of Sri Lanka through the mud as an excuse for his behavior.  Blech.