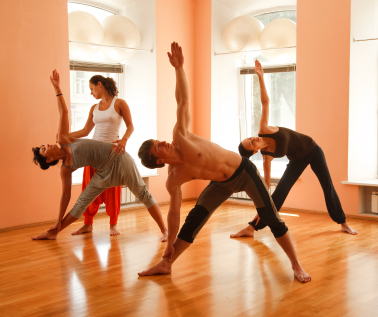 Ah, yes, it’s that special time of year again.  Y’know, that peaceful and quiet week between Christmas and New Year’s Day?  It’s always been a slacker’s paradise.  Most of the country is on vacation, and those that do still have to show up for work can rest assured they’ll have plenty of time to browse Facebook or conquer numerous levels on Angry Birds.

However, the weird news just never takes a break.  Never.  And for that, we are grateful.

Have you ever been in the middle of a yoga pose and thought, “If I push this pose any further, one of my arms might pop off?“  Sure, it seemed far-fetched at the time, but for one woman, being a little too “focused” during a pilates class caused her chest cavity to swallow one of her breast implants.  I know.  You have so many questions.

The New England Journal of Medicine reportedthat a 59-year-old woman was attempting a maneuver called a Valsalva during her recent pilates class.  The maneuver calls for you to act as if you are forcibly exhaling but without allowing any air to escape from your nose or mouth.  This increases the pressure in your chest cavity.  Go ahead.  Try it.  You know you want to.

Anyway, this woman was doing the Valsalva when she felt her breast implant escape its intended location and go back into her body.  Now, don’t panic right now if you have implants AND you’re trying out the Valsalva.  This lady had undergone a recent procedure to repair a mitral valve in her heart and had years earlier undergone breast reconstruction after a double mastectomy.

So all of these unique circumstances came together during that Pilates class, and indeed, the breast implant was essentially swallowed by her chest cavity.  She didn’t report any pain or trouble breathing.  Doctors were able to locate the implant in her chest and move it back to its proper spot.

They secured the area in her chest that was weak due to the mitral-valve surgery with some mesh so that any future stretches will not result in an imbalanced sports bra.  Namaste.

An old tale has taken a modern twist.  We’ve all heard of women spending hundreds of thousands of dollars on cosmetic procedures and surgeries to look like Barbie, but one man is outspending them all with his own quest to look like the Mattel icon.

Nicole Sanders, who was once Jason Torres, has undergone more than 15 surgeries and spent more than $300,000.  He/She says she doesn’t want to look natural.  She wants to look like Barbie.  And we all know, that doll ain’t natural.  Hasn’t it been proven that Barbie’s head to waist proportions would prohibit her from walking upright?  Anyway, I digress.

If Barbie herself would have had to undergo the same massive effort to look the way she does, she would have never had time to become a doctor, a veterinarian or a pilot.  And she sure as hell could not have afforded that Corvette, Winnebago or Dream House!

Yup, We’re Even Too Fat to Float

Washington state has recently changed its passenger capacity guidelines for its ferry boats because, well, we keep getting fatter.

Americans adult passengers now average 185 pounds instead of the 160-pound average of 20 years ago.  Thus, ships have been informed that their capacity numbers must be reduced accordingly.

That’s so depressing.  I think I’ll have another cookie to make myself feel better.

A younger brother agreed to eat the cocaine that his older brother had hidden in his butt after being pulled over by the cops in South Carolina.

The whole exchange was caught on video as the brothers sat handcuffed in the back of a police car.  Big brother Deangelo says, “One of us gotta do it, you the only one that don’t have any strikes… You my little brother… I’m gonna get life.”

Wayne, the 20-year-old little brother, eventually agrees. Deangelo can be seen removing something from his backside, then Wayne leans down and eats the drugs, police said.

“I love you, bro,” Wayne says in the video after consuming the narcotic.