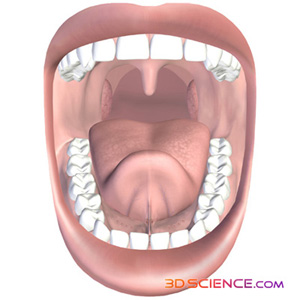 A new surgical technique called “natural orifice surgery” is gaining ground as more than 1,000 patients in Britain, Europe and the U.S. have given it a go.

Here’s how it works. Instead of making an incision to remove or repair things such as your appendix, kidney, prostate or gallbladder, surgeons are gaining access to them through your natural orifices. Y’know, like your mouth, urethra, vagina and rectum.

The benefits of taking your appendix out through your mouth, for example, are many. There is a greatly reduced risk of infection, less pain, less need for general anesthesia and a quicker recovery time. After all, the human body is really just a big donut with a hole running from our mouths to our … other end.

The first woman to have her appendix removed through her vagina was back to work in just two days. At the University of California, patients have undergone weight loss surgery that reduces the size of their stomachs by up to 70 percent. Their stomachs have been accessed via their mouths and their vaginas.

I hope that these doctors are handing out gum or something after surgery. “What’s that taste in my mouth doc?”

It’s tough to go even a few weeks without Wacky Wednesdays stumbling across some news story about parenting gone wrong. This time it’s a step dad who totally, epically failed.

A Connecticut kindergartener wore his step dad’s jacket to school, and when it was his turn for show and tell, little Johnny took 50 bags of heroin from the pockets and displayed them for his classmates.
The teacher went to the principal, and the principal called the cops. Shortly thereafter, Santos Ramon, 35, arrived in a tizzy and fled the school after grabbing the jacket. The drugs were already in police custody, and soon, so was Ramon.

No word on whether Ramon will be awarded the coveted “World’s Dumbest Criminal” or “World’s Worst Parent” plaque.

Nevada Cracks Down on Crazy

We’ve reported on lots of back alley plastic surgery in this weekly feature. A good hunk of those have happened in Nevada. I don’t know, maybe it’s the intoxicating mix of neon lights and noisy slot machines that puts people in the mood to get butt implants at a hotel or eyelid surgery in a living room.

Whatever causes these patients to roll the dice on cheap cosmetic surgery, Nevada officials have had enough. They’ve launched a task force to figure out how to curb illegal providers from pushing their industrial grade silicone into any more unsuspecting derrieres.

But really, if someone is operating on you in the back of a tile store (yes, that really happened in Nevada), are you truly shocked when you find out that all that’s holding you together is grout and sealant?

Ashley Judd Admits to Not Working Out and Getting Fat – Aaaaah, So Refreshing

Ashley Judd had lots of tongues wagging recently when she appeared on a Canadian talk show with a face that looked a little “puffy.”

As is often the case, the media, blogs and even plastic surgeons were commenting on whether she had or had not undergone some sort of cosmetic surgery.

But Ashley put the kibosh on all the talk with a well-written and pointed response in an open letter. She slaps down her critics and even does the unthinkable of admitting to being lazy and not working out for six months. Ashley, we salute you. Wanna go out for ice cream sometime soon?