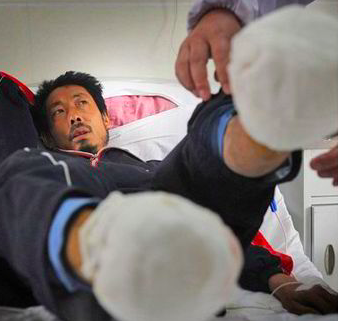 Some problems are more easily solved than others, but almost all can be addressed with plastic surgery, am I right?

Why change your shoes when you can have your feet surgically reshaped?  It’s a no brainer.  Foot procedures with names like, “Model T,” “Foot Tuck,” and “Perfect Ten!” are now available to get your weird fat feet into the designer shoes of your dreams.  Apparently these surgeries are on the rise, and getting stranger by the minute.  Ever hear of “Hitch-hiker’s Toe”?  Me neither.  But it’s a real thing, and apparently you don’t want it.

And now some perspective for those who think their shoes are, like, totally killing them.  Liu Dunhe, a man in China, had some real foot pain.  He suffered so much from a condition which caused his feet excruciating pain, that he cut them off.  Himself.  With a broken tea cup.  He was finally given medical attention when his neighbors found him footless and nearly bleeding to death.  He did not qualify for medical assistance despite extreme poverty, the foot condition, a speech impediment and the death of his parents (who apparently also died from the foot condition).  His community raised money to provide him with the necessary medical care, and Mr. Dunhe hopes to receive prosthetic feet in the future.  “…for now, I am glad I have food and no more pain,” he said. 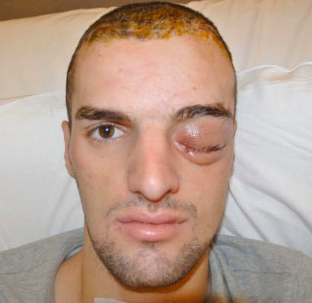 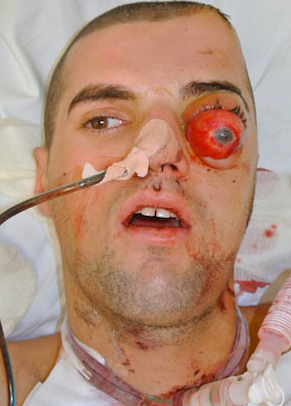 Albanian…that’s basically Russian, right?  No?  Well, one Albanian played some Russian Roulette and lost.  He was drunk, apparently quite so, and fired a gun into his head, blowing his eyeball out of its socket.  Miraculously, after 30 days in the hospital and some surgery, he survived.   I guess he didn’t die, so maybe he won? 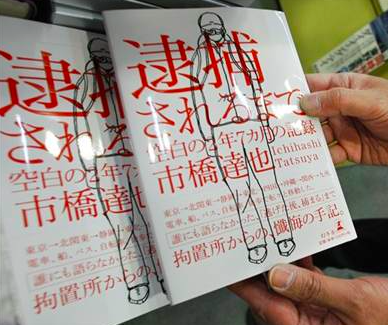 I can understand the tooth whitening strips and hair removal creams.  But performing your own nose job?  Digging moles off your face?  Cutting off your own lip with a pair of scissors?  Why?!  Oh, wait, it’s because you think you’re a James Bond Villain.  Tatsuya Ichihashi became obsessed with changing his appearance as he fled from authorities in the 2 year aftermath of committing murder.  He might have gotten away with it too, because he travelled with frequency, allergen masks, zero eye contact and no communication with his former friends and family.  But he finally took his face altering obsession to a professional surgeon and was promptly turned in.  The classic backfire.  Anyway, now he has written a narcissistic book in which he details his time on the lamb and says the book is an act of contrition for the murder.

One Way To Score Drugs

I don’t remember specifically learning in Medical school that you shouldn’t use the heroin you remove from the intestines of a drug mule, but I feel that it was strongly implied.  A Russian doctor faces 15 years in jail after getting high from the contents of a patient’s stomach payload, and was arrested with more of the heroin stuffed in his pockets.  That’s some dope.