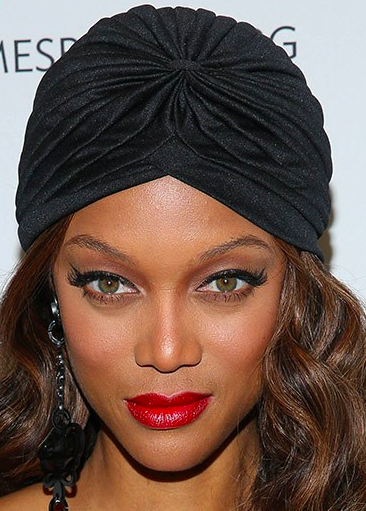 “Hyper vanity,” is a fine term to describe what’s going on since the tidal wave of social media hit our society.  That’s what Dr. Philip Miller, a New York plastic surgeon, calls it.  The close-up, selfie obsessed time in which we live, has forced us all to stare at our own faces, all day every day, and also to endure the “likes” and lack thereof, from our every insignificant acquaintance.  Yet most people would rather step up their cosmetic game than withdraw from society, no matter how harsh it has become.  This is nothing new.  There has always been an alphabet, now we just use computers to type those letters instead of quills and ink.  Same deal with vanity.

Ironically, the advent of social media has increased interest in natural-looking results though, and that is a good thing for everyone.  In the past, plastic surgery was reserved for extreme modifications; radical face-lifts, extreme breasts and the like.  For those just wanting to look great in pictures (everyone), the selfie trend has brought us to the point where some fillers or Botox is all that is necessary.  And the more non-invasive preventative maintenance, the less extreme measures will be necessary later.  In the end, social media might get  blamed for amplifying vanity, and that’s fair.  But perhaps it will also be responsible for keeping it in check.  The only thing worse than a furrowed brow on Facebook, after all, is a horrifying extreme cosmetic result plastered on Instagram.

Some Scams Work Out OK

Dr. Frank Stile is a plastic surgeon in Las Vegas.  He heard about little Victoria Wilcher, who was allegedly asked to leave a KFC restaurant because of her facial disfigurements, after her story went viral.  Dr. Stiles contacted her family with an offer to provide her the reconstructive surgery she needs; all for free.  After follow-up investigations suggested the little girl’s family had perpetrated a hoax with the story, public support for her cause has waned considerably.  But the fact remains, she is a little girl who was severely injured in a dog attack.  She is three years old.  She didn’t deceive anyone. Victoria has a partially paralyzed face and lost an eye.  The medical care she needs is costly and will require multiple surgeries and therapy for years to come.  Dr. Stiles doesn’t care if there was a hoax, he’s in it to help a little girl.  So are several other doctors and medical professionals he has assembled to provide her the care she needs, and wouldn’t have otherwise received.  I don’t like hoaxes any more than the next guy, but I’m happy for Victoria and I’m glad this one is working out in her favor.

Plastic Surgery and politics go together like peanut butter and jelly.  It should surprise zero people, to find out that cosmetic business is booming in Washington DC.  Elected officials face tighter races, which are more visual than ever, as media becomes all high-def, all the time.  We might say we want principled leaders with substance (and we do!) but we’re unlikely to pull the lever for a pallid congress-person with frown lines, eye bags and and a comb over.  Especially when his opponent looks fresh, cheerful and alert standing next to him.  Real talk.

The most “Washington DC” aspect of this revelation, is how sneaky politicians are about their plastic surgery.  They don’t want anyone to know they’re aging or stressed, so they use the back entrance and use words like “family time” and “rested,” when they return to work.  God forbid honesty in politics.

According to cosmetic doctors (plastic surgery, dermatology, etc.) in the nation’s capital, government types clamor for subtle rejuvenation.  They don’t want to look years younger, frozen or voluptuous.  They want to look relevant.  Interpret that how you will.  Doctors do their best to make a leader look like he/she doesn’t survive on coffee, or work a contentious, high pressured 80 hour week in fluorescent lighting; to make it seem like they don’t go to sleep chewing on the glasses they drank their double scotches on the rocks out of.  The goal of most politicians is to relate to regular people and tap into their sensibilities of good, healthy judgement.  I’m sure society is wising up to their tricks, as cosmetic surgery and injectables become widely available, but in the end, we still want to vote for people who look good.  Or at least not like trampled hell.

But seriously though, remember when we used to vote by pulling levers?  Me neither.

So by now, I’m sure you follow all the advice of Tyra Banks, having acknowledged her omniscient wisdom.  Here’s the latest.  In a recent Wall Street Journal essay, she predicts that  (in the non-specific future) plastic surgery will be as accessible as Tylenol at the drug store.  She claims that there will be “ingestibles” (drinks?) that will give you contoured cheekbones, etc.

The future you, will be able to order the features of your unborn child as easily as fast food from a drive through window, she claims.  (I wonder which features will be on the dollar menu, or if there will be combo meals, er, chromosomes.  “I’ll have a number 9 with extra eyelashes.”)  Tyra’s future also includes lots of robots.  Some are models (don’t we already have those?  #confused) and others who boost our self-esteem.

Oh Tyra, your insight on vanity is only matched by your ignorance of human biology and basic science in general. Liposuction Aspirate- A Close Up of “Liquid Gold”