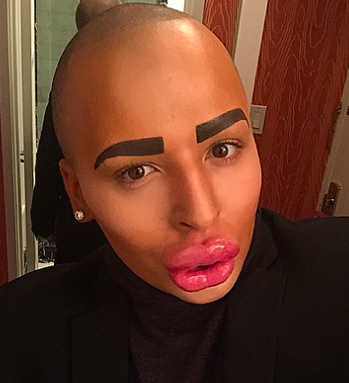 Number 1.  This young man lives in the UK, and is 23.  TWENTY THREE.  I don’t care what his preferences or favorite trends are now, they will be much different at age 30, 40, and beyond.  This is universally true, for everyone.

Number 2.  Those cartoon eyebrows are permanent.  And unlike other artistic body tattoos, those suckers are on his face, and contribute to his communicative expression.

Let me spin you a tale about a young boy named Roy Kim.  As a child, I really liked Christian Slater.  I got that haircut.  As a young adult, I thought it would be great to look like a hunky Mark Wahlburg or the edgy Johnny Depp. Can you EVEN IMAGINE, what a fresh hell life would be if I was stuck with Christian Slater’s hair, Mark Wahlburg’s diet and Johny Depp’s round glasses for the rest of my life?  Uh, no thanks.

Number 3.  Now imagine that scenario, except instead of famous men, I idolized the look of Dianne from Cheers; that I had myself permanently modified with her features, when I was just 23.  Just trust me when I say, my life would have turned out differently.

Number 4. Meet Jordan James Parke, who did just exactly that.  This man (a term I’m using in the loosest sense possible), spent $150,000 to look like Kim Kardashian.  And that $150,000 pales in contrast to the real cost of this bad decision.  While we initially laugh at this, It’s very very sad, and we all know it. Jordan clearly doesn’t have time for a job that yields him $150,000.00 in excess disposable income, so there’s an enabler in this equation somewhere, where there should be a loved one who cares enough to say no.  Actually two enablers, because a surgeon was also involved.

Number 5.  So you’re going to get those eyebrows, but remain bald?  You know what, no.  Never mind.  It doesn’t matter.

Number 6.  If these hashtags aren’t a cry for help, I don’t know what is.

But This is Weirder Yet.

The cardinal rule, here on Wacky Wednesday, is that no matter how unusual a plastic surgery news item is, there is always another one lurking about, that is even weirder.

Yet when I saw the man above, paying in cash and pain to look like Kim Kardashian, naturally, I began to doubt that it could get worse.  Then I saw this story, about Hiroshi Ishiguro, a Japanese man who made a robot, and is now undergoing surgery to look like that robot. 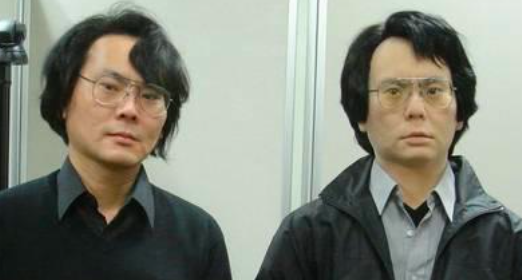 One of these images, you got it, is in fact, a robot.

The author of the article describes this man as “creepy.”  I disagree.  Creepy, is a close talking dude that openly uses words like “hemorrhoids,” or a sleep-walking roommate.  This is something altogether different.  Look at those dead eyes.  And I’m not talking about the robot.

I’m a plastic surgeon.  I have a healthy love and respect of plastic surgery.  And yet.  These models and celebrities are more attractive in the unretouched photos.  Perfection is not human, and it’s not attractive.  But if you still think you want to look like an anime rendering of yourself, I have a tip for you:  You’ll have better luck with photo-shop than you will with plastic surgery. 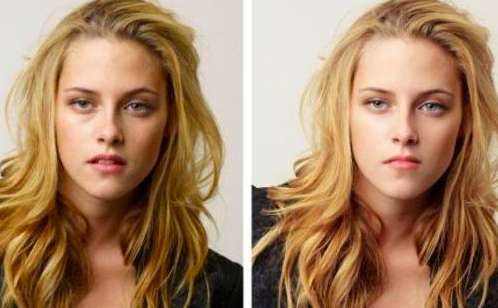 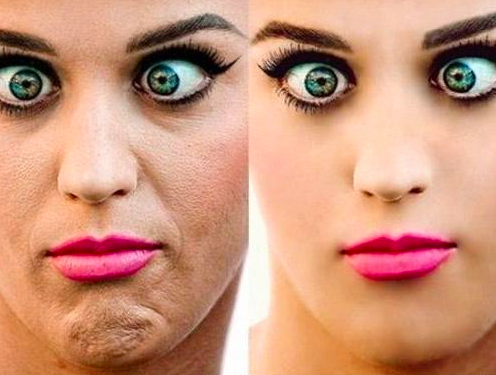 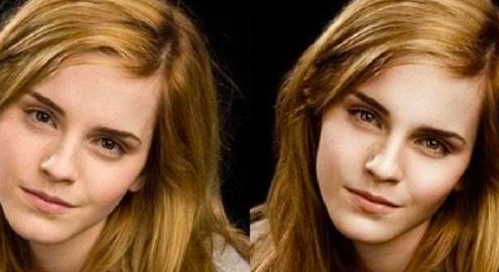 4-year old Victoria Wilcher gained attention as the nation watched an internet hoax unfold.  Her family charged that they were kicked out of KFC because of Victoria’s appearance after being mauled by dogs.  Update:  Victoria is making a comeback, after receiving the free services of plastic surgeon Dr. Frank Stile, and a prosthetic eye from ocularist Raymond Peters.  Here, Victoria kisses Dr. Stile.  Merry Christmas, and God bless us, every one. 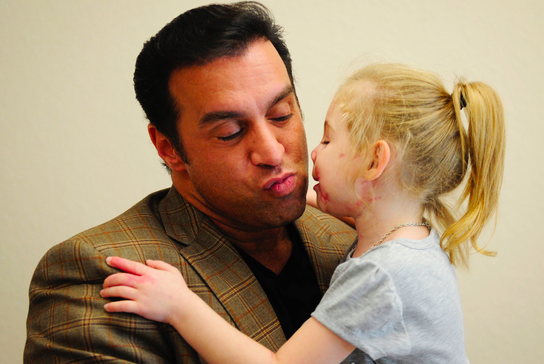 How To Melt and Reverse Dermal Fillers