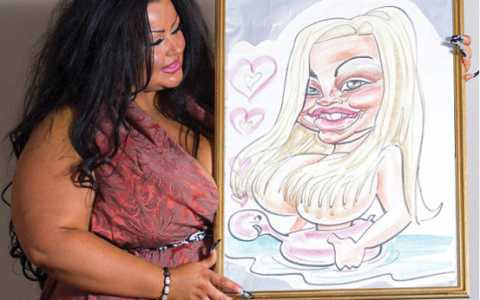 There are just some things we don’t see or hear every day.  Even in California.

If you haven’t heard by now, there are such things as testicle implants.  Yes.  Patients can get them to replace missing testicles, and who can blame them?  Maybe its logical then, that pet owners are now purchasing silicone testicle implants for their dogs after neutering.  In fact, they’re called “neuticles.”  These little (or big?) balls of silicone cost upwards of $379, and are not an obscure purchase-  Over 500,000 sold!

Of course one’s dog’s balls aren’t the only cosmetic pet element that owners can busy themselves improving upon.  There are also skin lifts, made necessary by the breeding of adorable rumpliness into dogs, and my personal fave:  canine orthodontics.

Nevermind the pets-  what does this say about OUR species, that we spend the fruits of our labor breeding dogs to have excess skin and shortened jaws, only to then have the skin surgically removed and the teeth pried into alignment.  Oh the poor, poor dogs.

When Krystina Butel bought a caricature of herself at age 15, she didn’t know that she was buying a blueprint.  Krystina fell so madly in love with the sexy cartoon image of herself, that she grew into an ‘adult’ (I use the term loosely) who spent over $200,000 on cosmetic surgery to achieve the look.

She’s had a whopping 5 breast enlargements, Botox, teeth whitening, and (although weird and not part of the caricature) her nipples reshaped into hearts.  Krystina says she’s just getting started.  Of course.  I’m not here to tell Krystina her business – for all I know she’s got the money for this, and heals like a champ – but from where I sit, she may stand to benefit even more from hobbies that highlight mental and physical wellbeing. 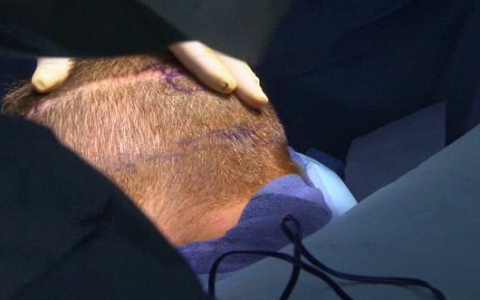 Think Outside the Chest

Women worldwide can tell you that a breast can really stretch out some skin.  Now, doctors are taking heed.

“Don’t think of it as a ‘breast implant’ surgically inserted under your scalp, think of it as a ‘skin stretcher.’” … is what I imagine they told a recent male patient, Mike, when they implanted a breast on the back of his head.

Poor Mike.  He needed a scar revision for a very embarrassing hair implant scar, but the trouble was, his skin was too tight for the procedure.  To stretch his scalp and give the doctors some slack with which to work, they implanted a saline B cup and slowly filled it up to a D, over time.

Hey, it worked!  A happy ending all around.  The patient apparently maintained good humor about the whole thing, making jokes:  ‘if it doesn’t work, what a way to go!’    Hilarious, Mike.  Way to solve a problem, bro.

When Implants Are Wrong

Quebec.  Where outrage is expressed via Mayoral denunciation, but the show goes on nonetheless.  The show?  Oh, it’s just a 25 partner sex marathon by one woman in exchange for breast implants.  Relax, they already denounced it, like I said.

The authorities reassure each other that prostitution is still illegal, however, the woman’s employer (a pornographic film company) says it’s not prostitution, which apparently settles the matter.

Also she claims she’s doing what she loves, is “not ashamed,” and that her “mother is proud” of her.

I don’t know where to even begin with this wacky story.  Perhaps with a shower and a prayer?