If the holidays are the time of year where we let it all go; the New Year is when we put it all back together.  New Year cosmetic procedures are flying off the shelf this year, in part because people have time off to recover, and also because they’re redeeming their Christmas gifts. (Gifting of plastic surgery has increased by an estimated 25%-30%)

It makes total sense that if one is willing to go on a juice cleanse or do a 60 day hot yoga challenge in order to begin the new year a-fresh, then why not get around to the facial rejuvenation she’s been putting off?  I never said plastic surgery was painless, but then, I wasn’t comparing it to a no-sugar raw vegan diet either. 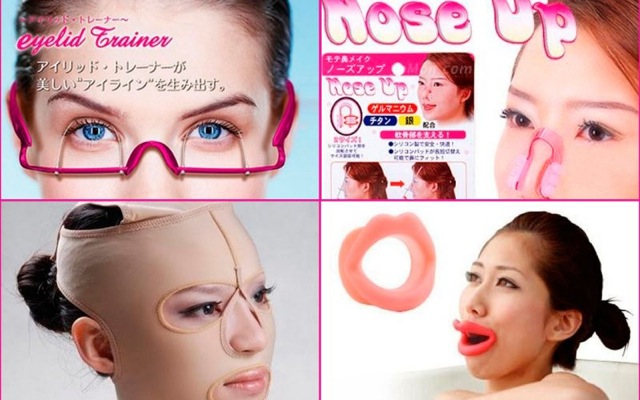 In Asia, where plastic surgery is surging in popularity, young women are committing to a host of new beauty regimens in order to achieve the new facial appeal of their dreams.  Too bad these torture devices won’t work.  I assure you that vibrating rubber lips and wire structures fastened to the eyes will not change your facial appearance.  Plus it seems like there’d be a lot of chaffing. 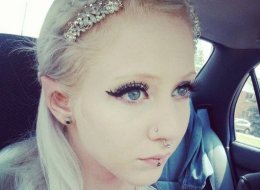 Melynda Moon is a human with elf ears.  Here she details the procedure she underwent, called “ear pointing”.  She’s happy, so I’m inclined to file this in the regrettable tattoo file, because the only real harm are her inevitable second thoughts, which will be arriving in 20 years.  She cites as her motivation, a love of fairy lore.  But I’m not sure how that explains the facial piercings. 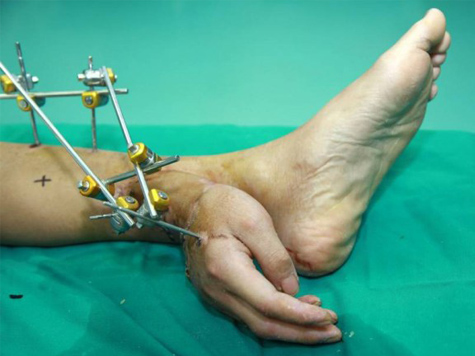 Xiao Wei had a bit of a work place accident involving a severed hand.  His Hunan province doctors were given the patient and his had separately, and could not immediately reattach it, due to the extensive arm injuries. (Ripping and flattening and such.) What to do?  Anything other than sewing it to the man’s ankle seemed like a waste of a perfectly good hand.

By temporarily grafting the hand to the ankle, doctors kept it alive for later reattachment.  Although it will require healing time and several surgeries, doctors say Mr. Wei will regain the full use of the hand.  I’m happy for the guy, but there’s part of me that thinks he’d make a better living with the ankle hand than his original job.