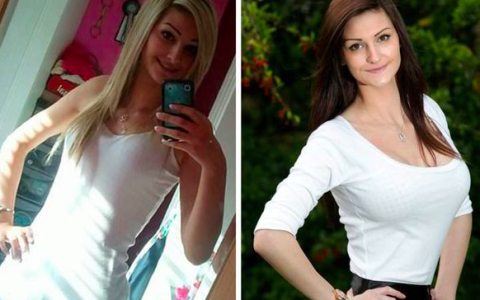 Mankind never has, and never will get enough breasts.  Big, small, natural or enhanced.   Some of them are even wacky enough for Wednesday.

There’s nothing worse than being kicked while you’re down.  A 39 year-old Chinese woman named Tian Hui; was down.  Her husband had cheated on her with a younger woman.  Poor Tian took a real hit.  She wanted to keep her man, but knew she would need a boost in confidence.  She went in for some breast augmentation.  So far so good.  But then her implants somehow moved inside her body.  One went to her stomach, the other to her back.  It was embarrassing, painful, and did not entice her husband.  Doctors were able to remove the implants (which were filled with a harmful chemical anyway) and replace them with a more appealing pair.  Tian says her husband, however, is colder to her than ever.  I think he’s the next thing she needs to have surgically removed. 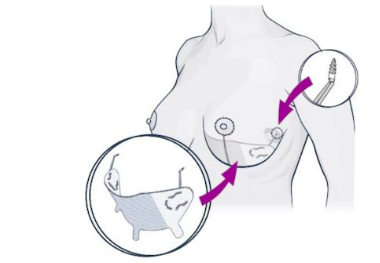 Is There Anything The Internet Can’t Do?

If you need a new girlfriend, the internet can find you one.  Same deal with a job, medical diagnosis or banana slicer.  You need it?  You can find it online.  Free breast augmentation is no exception.  Gemini Smith, used the website myfreeimplants.com to get a breast augmentation and it only took her 3 months.  Of course, “free” might sound to you like it cost Gemini nothing, but i would beg to differ.  There’s no such thing as free, not even on the internet.  Gemini paid for her implants by web chatting with “donors.”  Ahem.  Her chats admittedly carried an expectation of showing something or doing something.  I wonder what “things” she showed.  And what she “did” with them.  Juggling? Magic tricks? Origami?  We may never know.  Still, Gemini insists the donors liked her for her; not “what she could do.”  (Seriously, what can she do?!) Anyway, whatever it is, her skill set has now been enhanced from an A to a DD. 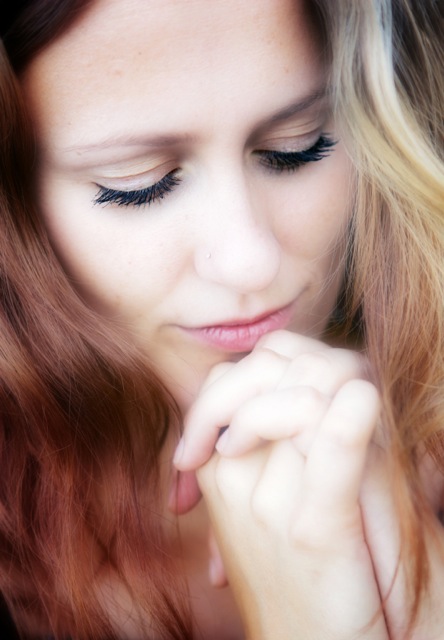 Bra Implants:  Why Not?

If the main reason women get augmentation is sagging breasts, wouldn’t they just need a bra?  Maybe.  And some doctors are implanting the bra rather than round bags of silicone.  This is a new concept, so no word yet on how successful the results will be in the long run.  The bra has silicone cups and silk straps which are screwed directly into the ribcage.  Of course the internal bra does nothing to change skin laxity or add volume to ‘deflated’ breasts, but it does help you defy gravity and has no risk of rupturing.  It might be helpful to some women, but I have yet to meet a lady who wants a bra she can never take off after a hard day at work.

Augment, So Sayeth The Lord.

What state leads the nation in internet searches about breast augmentation?  Utah.  Over 60% of the state identifies as Mormon, and the church disallows tattoos, piercings and the drinking of tea.  But apparently, breast augmentation gets the green light.  Some say its justified by Matthew 5:48, “Be perfect therefore, as your heavenly father is perfect.”   I’m a little confused as to whether the heavenly father has breast implants or what, but one thing is for sure: lots of Mormon women do.

Theories abound, including, a culture of perfectionism, the young age at which they tend to marry, the large number of children they often have and the toll that takes on their bodies.  Contributors to this article cite the social pressure of others striving to conform to a physical ideal.  But with modesty as a prized characteristic, Utah is not the same out-and-proud breast flaunting scene that you’ll find in California.  There are plenty of haters who want to judge the women in Utah for their surgeries, but I say there’s plenty of room for all types of breast appreciators.  This is America, Jack.  Just because a woman wears a t-shirt under her ankle-length sundress, doesn’t mean she can’t be perky underneath. Welcome Back from Malawi, Dr. Kim!