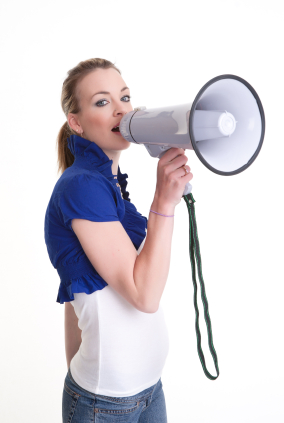 San Francisco, CA – April 4, 2011 – The American Society for Aesthetic Plastic Surgery (ASAPS) released its annual report today on the popularity and general state of the cosmetic surgery industry.  While the overall number of surgical procedures held steady, non-surgical treatments declined for the sixth year in a row.

After reviewing this year’s report, San Francisco plastic surgeon Roy Kim, MD said, “While the ASAPS headline cheers a 9% rebound in demand for plastic surgery, a closer look reveals that the Great Recession’s aftershocks continue to rattle the overall numbers.

Surgical procedures, which account for things like breast augmentation, liposuction, tummy tucks, nose jobs, etc., were up overall from 1,471,572 in 2009 to 1,622,290 in 2010.  This is still slightly lower than the 1,766,605 surgical procedures performed in 2008, but considering the general stability of the numbers despite a huge recession, not too shabby.

Given the continued high unemployment numbers and falling home prices, we see what could be considered a more expected drop in the overall number of non-surgical procedures such as Botox, dermal fillers, laser hair removal, and laser skin resurfacing with 7,714,524 treatments being performed in 2010 compared to 8,472,576 in 2009 and 8,491,861 in 2008.  ASAPS has been tracking these numbers since 1997, and the biggest overall year for non-surgical procedures was 2004 with 9,735,029 treatments performed.

“Taking a closer look at some interesting nuances within the report, we find that one of the biggest movers and shakers in terms of surgical procedures was fat harvesting and transfer,” Dr. Kim said.  “This procedure removes fat via liposuction from some area of a patient’s body and reinjects it into the face, hands, breasts or buttocks to enhance volume.  Fat grafting procedures were way up in 2010, with a 26.6% increase over 2009.”

Breast augmentation remains the most popular surgical procedure with 318,123 procedures performed in 2010, but overall, this was only a 1.5% increase over 2009.  Forehead lifts were significantly less popular with 13.9% fewer performed in 2010 than 2009.  This is no surprise to Dr. Kim as the trend towards less invasive Botox treatments to eliminate forehead wrinkles continues.  That being said, Botox was down slightly by 4.7% in 2010 but still immensely popular with 2,437,165 treatments performed.

Surprisingly, less invasive (and therefore less expensive) procedures were down as a whole in 2010.  Skin tightening, Fraxel, IPL, laser hair removal, laser leg vein treatment and spider vein injections are down, with laser skin resurfacing being the lone hold-out with a 9.8% increase.

“In a tight economy, we might expect these less expensive options to become more popular, but instead, we see people turning to tried-and-true surgical procedures,” Dr. Kim says.  “One thought could be that if a patient has a limited amount of money to spend, she will put that money in a single treatment that is known to be effective rather than in a series of less-invasive treatments that often have varying degrees of success.”

In general, it seems that aesthetic medicine is fairing about as well as any other industry, and given that it is purely elective purchase, some would say the industry is fairing much better than expected.  As long as U.S. economic growth remains slow but steady, the same will be true for the cosmetic procedure industry.

If you have any comments or questions, please feel free to leave them below. Why Plastic Surgeons Seem to be the Happiest People on Twitter