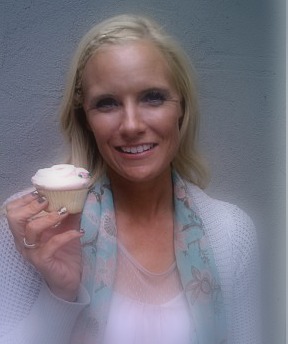 By Charity Ohlund – Guest Blogger and Just Another Lazy American

A mere five weeks ago, I was in pretty good shape.  I was running 3-5 days a week and hitting the gym for weight training when the weather kept me indoors.

And then came Thanksgiving.

A couple of things derailed me.  Injured foot, new small business, pumpkin pie, etc.  By the way, “derailed”is just a more dramatic term for “my excuse is…”  Of course, we all have excuses.  If you’re like me, you think about working out every day but that pesky little lazy American inside your head gives you a steady stream of ideas for better things you could do.  Things like making sure those holiday cookies don’t go stale.  It would be irresponsible to just throw them in the trash, right?

Here are my Top Five Excuses for not yet restarting my exercise routine.  I’m hoping that by seeing them all written out like this, I’ll realize how ridiculous they are and make a change.  In the meantime, I’m going to order a Forever Lazy.  Have you seen this infomercial?  Nothing says “MMMMERICA!” better than adult-sized zipper pajamas complete with escape hatch.  Gawd, I love this country.

#5 – The Gym Will Probably Be Really Crowded

I’m not proud of this one, but I use it a lot.  Everybody’s New Year’s resolution is to start working out, so I figure it’s bound to be difficult to find an empty treadmill.  So I tell myself that I’ll just wait until all those lazy people get back to their couches in February.  Oh wait, I AM one of those lazy people.

#4 – My Gym Membership is Expired

My gym membership expired in the early fall, when it was still really nice weather and running outside was awesome.  I usually feel the need to hoard money going into the holiday buying season, so I wasn’t ready to shell out several hundred bucks to keep it current.  My faulty thought process went like this: “I’ll just renew my membership later and continue running outside.”  That would be a good plan if I didn’t LIVE IN KANSAS CITY where the wind whips around at 30mph and 25 degrees as soon as Thanksgiving arrives.  I see those people running in gloves, thermal underwear, gloves and full ski masks.  I am not one of those people.

Much of my exercise routine is motivated by vanity.  I want to look good in swimsuits, sundresses, shorts and tank tops.  So motivation is easier to find in the warmer months.  In December, I told myself that I didn’t need worry as much because, as I just mentioned,  the skimpiest outfit that Kansas Citians wear between Thanksgiving and Memorial Day involves a sweater, coat, jeans and boots.  This logic was working pretty well for me until I opened a Christmas gift from my husband.  It was a plane ticket and resort reservation for Scottsdale, AZ.  In late February.  Aw, crap.

This one is really just mind trickery at its most basic.  I weigh myself about once a week.  My weight has not gone up since I stopped exercising, which sucks because it keeps me thinking that everything is just peachy.  But then a very fit friend of mine reminded me that I’m probably just losing muscle while gaining fat and that the rate is pretty even – for now.  In a few more weeks, the fat will probably get the upper hand.  Hey thanks … friend.

Hey, I’m an American!  And we all know that what we can’t achieve by hard work can always be accomplished by some other, more expensive, less logical, even lazier method.  In other words, I can always have Dr. Kim just liposuction out whatever I don’t want.  Unfortunately, Dr. Kim is one of those responsible plastic surgeons who actually encourages his patients to eat right and exercise.  What a downer that guy is, right?

Anyway, that’s my list of excuses.  Unfortunately, I can’t get to the gym today because I was too busy creating this post.  Maybe tomorrow.  But to quote something that somebody once said, “Why put off until tomorrow what you can do next month?”