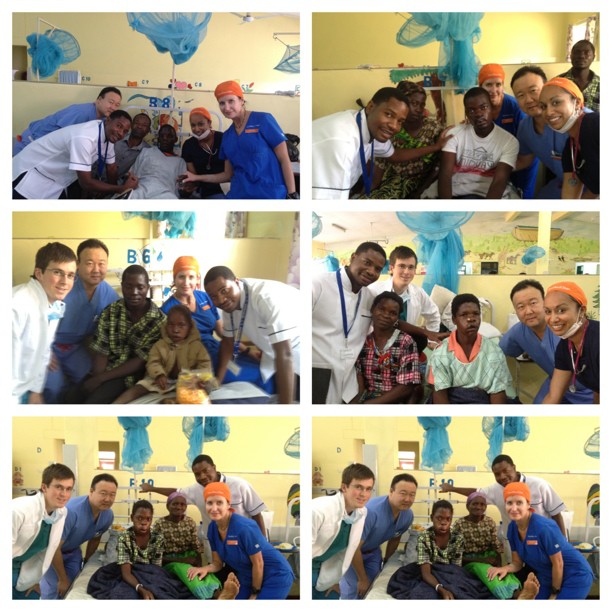 Every day working as a surgeon in the Third World.  But today was unusually unusual.

If You Fail to Plan, You Plan to Fail

As you may know by now, I’m in Malawi with Operation of Hope.  Our goal is to operate for 9-10 hours a day, with the least turnover time possible.  This results in about 4-5 operations per day.  Today?  Not so much.  We try to reduce GFAT (generalized farting around time) in the OR (operating room) by cleaning the operating room very quickly.  This is easier said than done, but we are remarkably committed.

Although today was our first day to operate, we saw a patient in clinic yesterday. He came to the hospital to get an evaluation and referral for a large, rapidly growing, solid tumor of his left lower back.  Surprisingly, the patient can walk normally and has normal bladder and bowel control.  I’m still trying to figure out what it is, and we may need a pathologist to tell us. In the meantime, he will get an MRI elsewhere.  This should confirm that he has a solid mass, as opposed to a collection of abnormal blood vessels, or some other indication against surgically removing it.

A big part of our high efficiency non-GFAT strategy, is seeing new and post-op patients between operations.  That way, the whole team can leave at the end of the last case, without waiting for rounds to be completed.

Today, during this in-between time, I saw a young woman with a right cleft lip.  We scheduled her for Thursday.  I was astonished to find out her age on the chart; she was 17 years old.  Her undernourished state explains why I thought she was so young. 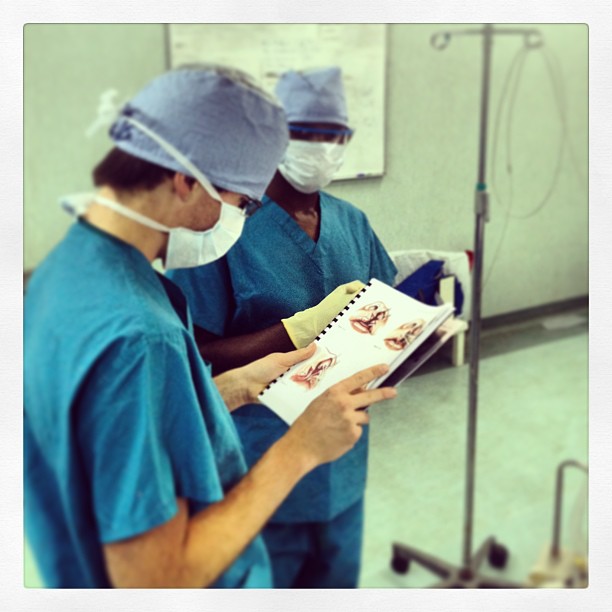 Evance is healthy 16 month old baby boy.  He’s very happy with Mom, unless I’m around.  Evance was born with a bilateral cleft lip and a bilateral cleft palate, which means that the upper right and upper left lips do not unite, and he is missing bone and the roof of his mouth in those areas.

In the US and other Western countries, the lip would have been fixed at a couple of months of age, and then several months down the line, another surgery would have corrected the cleft palate.

Evance is underweight for his age, so it’s probably good that he was older for this repair. Surgery went smoothly, and I was honored to have a UK medical student, Christopher, as a guest in the operating room.  Christopher is in his last year of medical school and taking a 1 month rotation in Malawi for fun.  Seph was my assistant, and is one of the surgeons at BEIT-Cure Hospital.  He is interested in doing more of these operations in the future, but he has seen very few of these procedures. Evance’s cleft palate has to be fixed AFTER the cleft lip is healed.  In theory, his cleft palate will be fixed in 6-12 months.

Evance was drinking breast milk a couple of hours later.  Surprisingly, these cleft lip operations tend not to hurt that much.

Catherine is a happy 16 month old baby with a left cleft lip.  She had an uneventful operation, and I posted her “before” and “after” photos here on Instagram-

PS-  Yes, that white thing in the middle of her first “before” photo is her tooth.  After surgery, you can’t see it.  I closed the cleft in her left upper lip and essentially recreated her mouth and lip in that area. 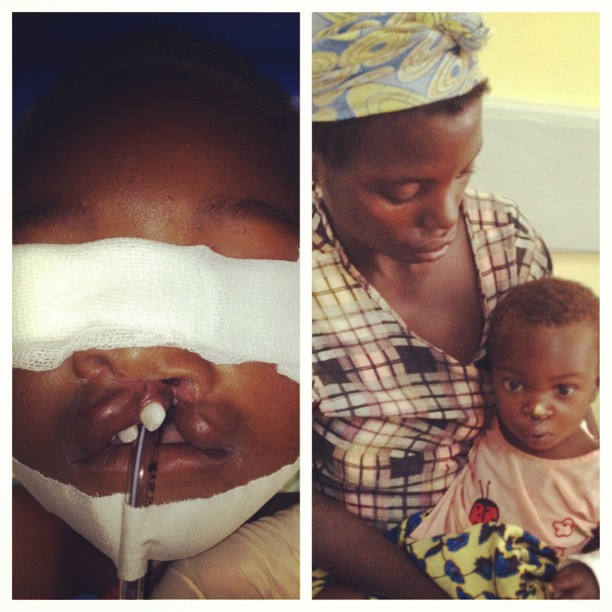 Mphalsa is a sad case of a burn injury.  She apparently had porridge, probably “nseme” or cornmeal, poured on her right chin and neck.  This resulted in a 3rd degree burn that was not treated properly, and became a burn wound flexion contracture.  The scar tissue was so strong that it pulled the right side of her mouth down into a permanent frown.  Mphalsa could not extend or open her neck, forcing her to constantly look down, and destroying her ability to move her head from left to right.

I was worried about her case before I did it, because there are some vital structures in the neck, and I was concerned that her burn wound was so deep that it would be difficult to figure out where the scar tissue ended and the normal tissue began.  Fortunately for Mphalsa, the scar dissection revealed an easier path than anticipated, and I was able to remove the scar tissue in her neck area completely.

Alas, the hard part was yet to come: skin grafting!  Since Mphalsa already had shown a significant scar tissue reaction to burn injuries, I opted to graft her with a full thickness skin graft, to give her the best chance of avoiding another wound contracture.  Unfortunately, this meant the removal of a hefty amount of skin from her abdomen to graft to the neck, chin, and right cheek.  To cover the abdomen donation site, we had to take skin from the right thigh.  Phew!

In the end I was not only able to improve her scar situation, but also to straighten out Mphalsa’s right mouth and lip area.  This will help her look normal and not have a permanent frown on her face.  I redirected the muscles around the right side of her mouth and lips, specifically, the risorius muscle, so hopefully she’ll be able to smile more!

This last case demonstrates how similar reconstructive and cosmetic plastic surgery are.  Thanks to my surgical nerdery, I learned about the risorious muscle in my facelift surgery training and again at annual conferences.  Recently, some Korean plastic surgeons have actually been creating the “resting” smile.  In case you are perpetually grumpy (or just look that way), you can still look like you’re “happy” or smiling.  Using that knowledge allowed me to recreate a smile and a more normal face for this burn patient.

Take that, cosmetic surgery haters!  Who knew that being a facelift esoterica geek would help Mphalsa out in Malawi?  This is why I love going overseas to do surgery;  it forces me to think creatively and out of the box.

Mphalsa’s case took a whopping 4 hours.  Yikes!  Fortunately, I had great help from the surgical staff here at BEIT – Cure Hospital to help with the suturing of the skin harvest and donor sites.

As usual, we had dinner at our hotel, after 9 hours of surgery!  The food is pretty good, but the best dish, IMHO, is the  Chambo, which is the national fish of Malawi.  Chambo is a relative of the Chilean sea bass, and is a neutral tasting white fish.  However, since it’s local, if the restaurant has it, you know it’s fresh.  Plus, I guess it’s local/ sustainable/ indigenous/ and all the things foodies in San Francisco care about.

We also had some incredible Fauchon chocolates I bought at CDG airport, Paris.  These were the dark chocolate ones; did I mention they were incredible?  Fantastic.  Sadly, this was my last box of Fauchon chocolates, so I think we’re going to start eating Kit-Kats or Snickers for dessert unless we get an emergency supply of high cacao bean concentration hand crafted artisan chocolate from someone.  Hopefully local, sustainable, organic, and fair trade, natch.

See you tomorrow for some more updates! Wacky Wednesday: There’s a Reason We Call it Wacky