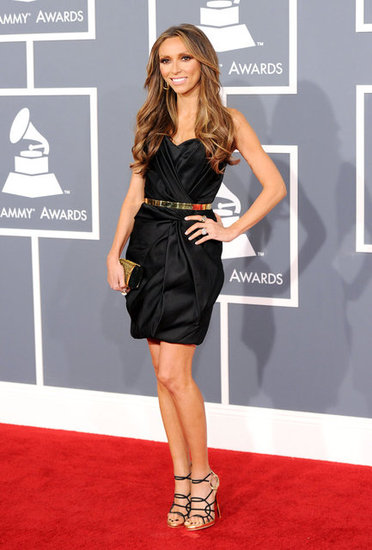 Giuliana Rancic has been in the news often in the last six months due to her recent breast cancer diagnosis and subsequent double mastectomy. The E! News host and star of the reality show “Giuliana & Bill” has been very open and honest about her journey, even allowing video of herself in the hospital just before and immediately following her surgery to be broadcast on her reality show on the Style Network.

Giuliana has said she wants to share her experience in order to educate young women on the importance of self screening and early detection. Giuliana also said on her show that she had no family history of breast cancer and has always “eaten the best foods and exercised regularly so it was a real shock to be diagnosed with breast cancer at age 36.” She only discovered her disease after a mandatory mammogram was performed as part of her infertility treatments.

After a double lumpectomy failed to show clear margins, meaning that cancer cells may have remained in her breasts even after removal of the cancerous “lumps” in both breasts, Giuliana was faced with the decision of either having another double lumpectomy followed by radiation or undergoing a double mastectomy.

Either way, there are two basic surgical options for breast reconstruction:

Breast Reconstruction With Implants
This option is just what it sounds like. After the breast tissue is removed, implants are inserted behind the muscle on the chest wall. Nipple reconstruction may happen at this time or at a later date.

Sometimes, the breast skin is not thick enough or strong enough for the implant immediately following surgery so the plastic surgeon will insert a temporary implant that assists with expanding the tissue. This expander helps make a pocket for the breast implant by slowly adding saline over the period of several months. When the pocket is fully expanded, the temporary implant is removed and the permanent breast implant is placed.

This option involves your surgeon removing tissue, fat and blood vessels from certain areas of the body such as the abdomen (DIEP Flap/Free Flap), the back (Latissimus Flap) or buttocks (Gluteal Flap). Once the flap has been removed, it is transferred to your breasts where a surgeon uses it to reconstruct one or two breasts. Sometimes a combination of your own tissue and small implants are used if there is not enough autologous tissue to create the desired volume.

Reconstruction immediately following a mastectomy has the advantage of fewer surgeries and fewer recovery periods, but again, not everyone is a good candidate. Only you and your doctor can decide what is best for your unique situation.

Surveys show that up to 70 percent of women are unaware of how breast reconstruction is done or what the options are for the surgery. Thanks to Giuliana Rancic’s very public campaign, hopefully these numbers will start to decrease.
Giuliana and her husband Bill announced last week that they are expecting a baby via gestational carrier, which means their embryos were implanted into a woman who will carry the baby to term. This goes to prove that today’s medical options in both breast cancer and infertility treatments allow patients to move forward with healthy and happy lives. Congrats Rancics!