Part of the charms of travel is knowing in the back of your mind that you really have no control over your life.  In general, you know it’s true-  you can’t control the sun coming up, you can’t predict what’s going to happen to you today-  but we often think that we have a schedule and can control our future.

As a traveler, you know that your life is in the hands of bus drivers, airline pilots, your cabin crew, and countless others that help to maintain your transportation, terminals, airports, and other small things that help you on your way. 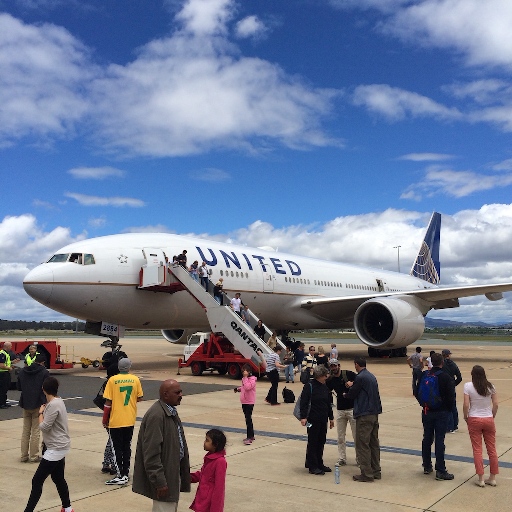 Recently, I was flying to Port Moresby, Papua New Guinea, through Sydney, Australia.  Sydney is the biggest and busiest airport in Australia, and is their main international hub and gateway.

I was on United flight #863, and about 30 minutes before we were supposed to land, the captain notified us that 1 out of 2 runways in Sydney had debris on the runway, and was closed.  Because our flight did not have enough fuel to circle Sydney, we were going to divert to Canberra.  He apologized that he did not have more information, but anticipated that we would stop in Canberra, refuel, and eventually get to Sydney.

At first, I was annoyed.  I had to land in Sydney to get to connecting flights to Port Moresby.  However, I did know that other people probably wanted to land, had connecting flights, and were in the same situation as me.  The cabin crew was not happy, because they had been awake most of the trip to ensure the comfort and the safety of the passengers.

Finally, Sydney is a modern and very important airport-  so, debris on the runway can cause us to crash land, damage the plane while landing, and may possibly put all of the lives of the airplane passengers in danger.

Ultimately, we landed in Canberra, on the MILITARY side of the airport!  Our airplane was too big for Canberra’s airport, and we were kept on the plane for about 3 hours, until Australia Customs was able to ensure the safety of the passengers as well as the security of the RAAF Fairhorn Miliary Airbase. 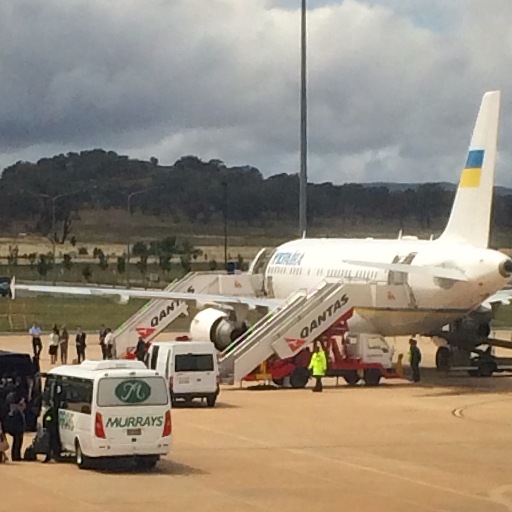 Finally, we were allowed to get off the plane for about 4 hours.  We stretched our legs, and were fed by a Qantas food truck.  The plane was refueled, and an entirely new crew was put on board with new pilots.  We made it back to Sydney by about 530 PM.

So, if you know you are about to be stuck on an airplane for an unknown period of time, here are 10 helpful hints on what to do, in no particular order.  Your personal preferences may vary.

Suck Up to the Cabin Crew

Your cabin crew is bone tired and possibly more annoyed than the passengers about any delay.  Our cabin crew was on a 14 hour flight, with little to no sleep.  Remember, they are not there to just dish out food and drinks-  they are there to ensure your safety as passengers, just in case there is an emergency.

Be nice to the cabin crew-  they will be nice to you.  Plus, they have access to food, water, and booze-  you sure don’t!

I don’t drink, but I have found that alcohol is a good social lubricant for most people.  Also, I strongly encourage you NOT to drink if you become a belligerent drunk.  However, if you get happy with alcohol, stock up IMMEDIATELY.  The closing time for the bar is usually about 30 minutes before you land.

Try to get you hands on as much champagne and those cute little bottles of booze-  you don’t know how long you have to nurse those drinks.

Another trick I thought of, if you’re on an international flight-  order from  the Duty Free inventory as soon as you hear that you’re on diversion!  You are usually handed some booze in a nice bag after your purchase, and you can share with the people around you.

It’s always happy hour somewhere in the world-  and if you’re stuck in an airplane, then it is DEFINITELY happy hour in your timezone.

You heard me –  save your rations.  You don’t know when you’ll be able to eat again.

Being nice to the cabin crew is a great way to grab and snack boxes left over from the flight.  Your grumbling stomach will thank you later with anything, including dry, stale crackers.

If you have the foresight to bring some food or snack bars in your carry-on luggage, then wait until you are in hypoglecmic shock before eating them.  Honestly, you will not know how long you will be stuck on the aircraft, so I would recommend that you be on the verge of a coma before eating your limited food supply.

Avoid cannibalism, or the “Donner Pass Syndrome”, if possible.

Ask the cabin crew for some water bottles, or a refill in your water bottle.  Water is probably more important than alcohol or food-  although, depending on your perspective in life, it may not be.

Rush to the Front of the Plane for a “Sympathy Upgrade”

If you have the bravery and the gumption to try to score a seat with more leg room, then make a mad dash to the front of the airplane.  I think this strategy is doomed for failure most of the time, but I can definitely see a “sympathy upgrade” if you are very old, or a mother with 5 children who needs room to run around.

Plug’em if you Got’Em.  Hopefully your plane’s electricity will still be working, so while you’re sitting on the tarmac, idling, then you can power up your smartphone, tablet, laptop, reading device, and other electronic goodies.    This way, you can communicate with your loved ones and the world about your plight.

Text Your Loved Ones

Always good to tell your loved ones that you’re OK.  Also, your ride from the airport will appreciate that you told them that your arrival will be delayed indefinitely.

You notice that this is much lower on the priority list.  This is not #1-  because your situation is fluid.  You will not know what the final plan is, or when you will be leaving.  Your pilot and cabin crew are not hiding facts from you-  they will often NOT know what the plan is until the weather clears up, your desination airport allows landings, or a whole host of other “unknowns” become more clear.

So, definitely make alternative hotel and travel arrangements with your powered up smartphone-  but at least in the first hour or so of your diversion, you should concentrate on basic human needs, like alcohol, food, and water.

Since you’re stuck on an airplane anyway, you might as well take photos documenting your fate.  A picture is definitely worth a thousand words, and any photo documentation of your enforced captivity will be able to garner you possible sympathy votes on your social media websites.

News agencies love pictures and video, so any visual proof of your ordeal will generate lovely future memories for your grandkids some day.

I am convinced that Twitter exists only for self-aggrandizement or whining.  So, I would encourage you to tweet,  generate new hash tags, and aim complaints at the airline.

This is where photos are useful-  because Twitter allows pictures, you can show the world, as well as your loved ones, what’s going on.

I usually use Instagram and Twitter when I’m bored, and I had no idea that my posts were being monitored so closely by the Australian press.  I gave a live interview on a radio show, 2GB Drive, and shot video for another Australian news group.  They also used some of my photos and quotes in their stories.

It’s a brave new world of journalism, so if you tweet, just be prepared to be contacted by news agencies for the “inside scoop”.
Go With the Flow

Who wants to be diverted from their final destination for 9 hours?  Probably no one.

Since we were allowed out of the airplane for a couple of hours, I took some shots on Instagram, did some tweets, did some yoga poses, and walked for 5 miles.

You should always try to make lemonade out of lemons.  My lemonade was being able to take photos of military hangars and Canberra, because NO ONE is allowed to be on the military air base-  and here I was, with a couple of hundred other people, just walking around the tarmac!  Maybe not the coolest destination in the world, but the weather was great, and I am confident that very few people have the photos and video that I shot-  because I really doubt that another commercial jet will ever land there again!

I also gave some positive interviews to the Australian press.  Sometimes you have to go with the flow.  Debris on a runway caused a massive diversion and delay, but I would rather be alive and safe and delayed in eventually getting to my final destination-  rather than injured or dead at my final destination.

However, you are now more prepared than I was, just in case you’re ever stuck on an airplane that has been diverted. 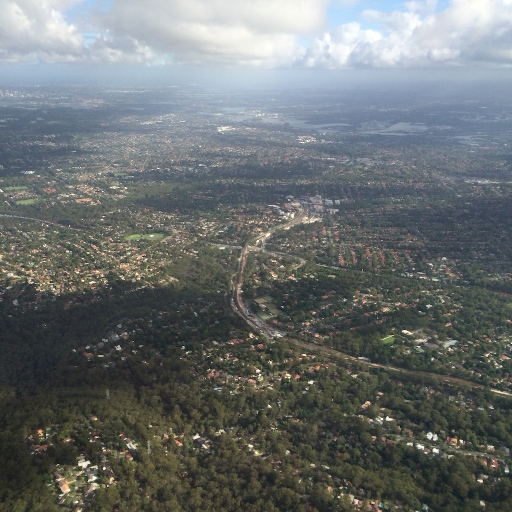 Links to United #863 Diversion to Canberra