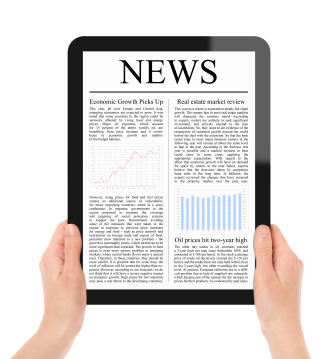 Despite my better judgment, I recently purchased an iPad.  I got a used iPad 1, because I’m cheap and because I’m waiting for the IPad 6 to come out next month, after the iPad 3, 4, and 5 are released each week for the rest of this month.   I’ve given my iPad a week to percolate, but it’s just “not all that.”  It sort of stinks.

I thought the iPad would change my life, help me achieve salvation and nirvana, or at least allow me to be more intelligent and in-shape and smell better.  I mean, isn’t that what Steve Jobs has promised us?  But no –  it’s a disappointing device.  Here’s why.

The iPad is Heavy

The iPad Has a Smallish Screen

The iPad’s Books are EXPENSIVE and Hard to Find

The iPad Applications are Not Like the “Real Deal”

The iPad Touch Screen Shows Too Many Fingerprints

Android Will Be Cheaper

The iPad is Heavy

Before you take a look at my name and assume I’m a puny, little Asian guy, here’s my stats.   I’m 6’1”, I work out 4-5 times per week, and I have three little kids so I’m accustomed to hauling around significant amounts of weight – even when that weight is kicking and screaming.

But seriously, this sucker is HEAVY to actually hold and read.  I understand the iPad 1 is heavier and 33 percent thicker than the iPad 2.  However, I’ve tried both devices, and in a complete lounging position, the iPad 1 is hard for me to hold, after 15-30 minutes, compared to a paperback book, magazine or a Kindle.

I have the same issue with heavy hardback books (as in, geeky plastic surgery textbooks), so hopefully as the iPad becomes thinner than a piece of paper, this problem will go away.  Plus, I’m now taking my iPad to the gym.  Not to read it, but to use as a free weight to get in shape for reading it.

If I’m going to have muscle spasms while playing with my iPad, I was hoping to at least have a bigger screen to make it worth the pain.  Yes, I know the screen is bigger than a Kindle or a paperback book.  However, it’s small compared to my 13.3 inch MacBook laptop, and not as portable as my Crackberry.

Hard to Hold at the Proper Angle to Read

The whole problem of screen glare is what Kindle and Nook want you to know about (probably because they can’t beat the iPad in any other feature).  But, yes, after about 15-30 minutes, my hands start to cramp up, and I have to change the angle.  And then I can’t see anything anymore because now the lighting is no longer right.  Sigh.

I then hand it off to my manservant, but even he gets tired of holding it at just the perfect angle after only 15 minutes.  And he’s a beefy manservant!  I guess I can read in 15-30 minute bursts to alleviate this problem.

Mr. Jobs, a word please.  What is up with the 10W slow trickle charger?  Is this your way of giving our weary muscles time to rest before resuming our iPad calisthenics?

Book are EXPENSIVE and Hard to Find

The books and magazines on iBook/ Kindle/ Nook platforms seem to charge FULL PRICE for virtually all of the books I want to read.  Yes, I’m a Plastic Surgeon, so I actually want to read Plastic Surgery textbooks or journals, which don’t completely exist yet or aren’t easy to read on my iPad.  I understand I’m a nerd in a very niche business, but don’t other people run into this problem?

As another example, I’ve recently started investing in Options Trading.  Yes, the common books for beginners are available, at FULL PRICE, in iBooks/ Kindle/ Nook, but the obscure books don’t exist in any format you can read on your iPad.  I’ve been forced to actually buy books!  Like, paper books!  Who does that?

At least if you buy a used paper book, you are green and ecologically conscious, you get a better price, and you can sell that sucka when you’re done reading it, so that the overall cost will be lower.  You can also borrow and loan books with your friends.  With an iPad, those days are so over.

I like reading certain newspapers and websites, such as the Wall Street Journal, Business Insider, San Francisco Comical/ San Francisco Chronicle (purely for comedic reasons).  Some websites charge for content, and they seem to look fine on my laptop.

When I view them on their “iPad App,” it sort of looks like a newspaper, but not really.  The layout is all wanky.  It’s poorly organized.  Yes, you, Wall Street Journal.  It’s chock full of ads.  I’m looking at you, Business Insider.  It’s no longer free.  Yes, especially you, San Francisco Comical.

I’m going to sound ageist, but these apps seem to be aimed at old people who want to “see” their beloved newspaper in newspaper format, and don’t quite get or understand wider vertical columns, website layouts, and the ability to actually look at multiple headlines at once.  But why?  Old people aren’t using iPad apps to read the newspaper.

I’m not a member of AARP yet, so I’m not a fan of these iPad apps at all.

The iPad Touch Screen Shows Too Many Fingerprints

I never realized how greasy my fingers were until I got an iPad.  And I’m a doctor who scrubs my hands approximately 83 times per day!  Even my laptop looks pristine and germ-free, by comparison.

On my laptop, I can watch a Netflix movie, stream Hulu, read a website, and answer email, all at the same time.  With the iPad, I’m forced to actually concentrate on one thing.  Using an iPad is like popping a Ritalin.   All the while, I’ll only be able to complete that one thing before quitting because my hands got too tired  And I can’t find my manservant, because he’s avoiding me and reading a paperback book, pain free.

Okay, so Flash is pretty mainstream these days on loads of favorite websites.  So what gives?  I can’t watch Flash on my iPad.  Again, Mr. Jobs, not cool.  And all of the workarounds I’ve found on the Internet are suboptimal, or have lag, or don’t work consistently on all Flash-based websites.

Android Will Be Cheaper

Android tablets so far are even heavier than the iPad, but at least they can show Flash, and they have memory card slots, and are cheaper.  Amazon’s rumored tablet may feature movie streaming along with Amazon Cloud for music, a full Android app store, and of course, a Kindle store for all your expensive book needs.

But, you know, if we all just wait another year or so, all this stuff will be directly wired into our brains, and our arms will be free to atrophy back to simply holding the TV remote.